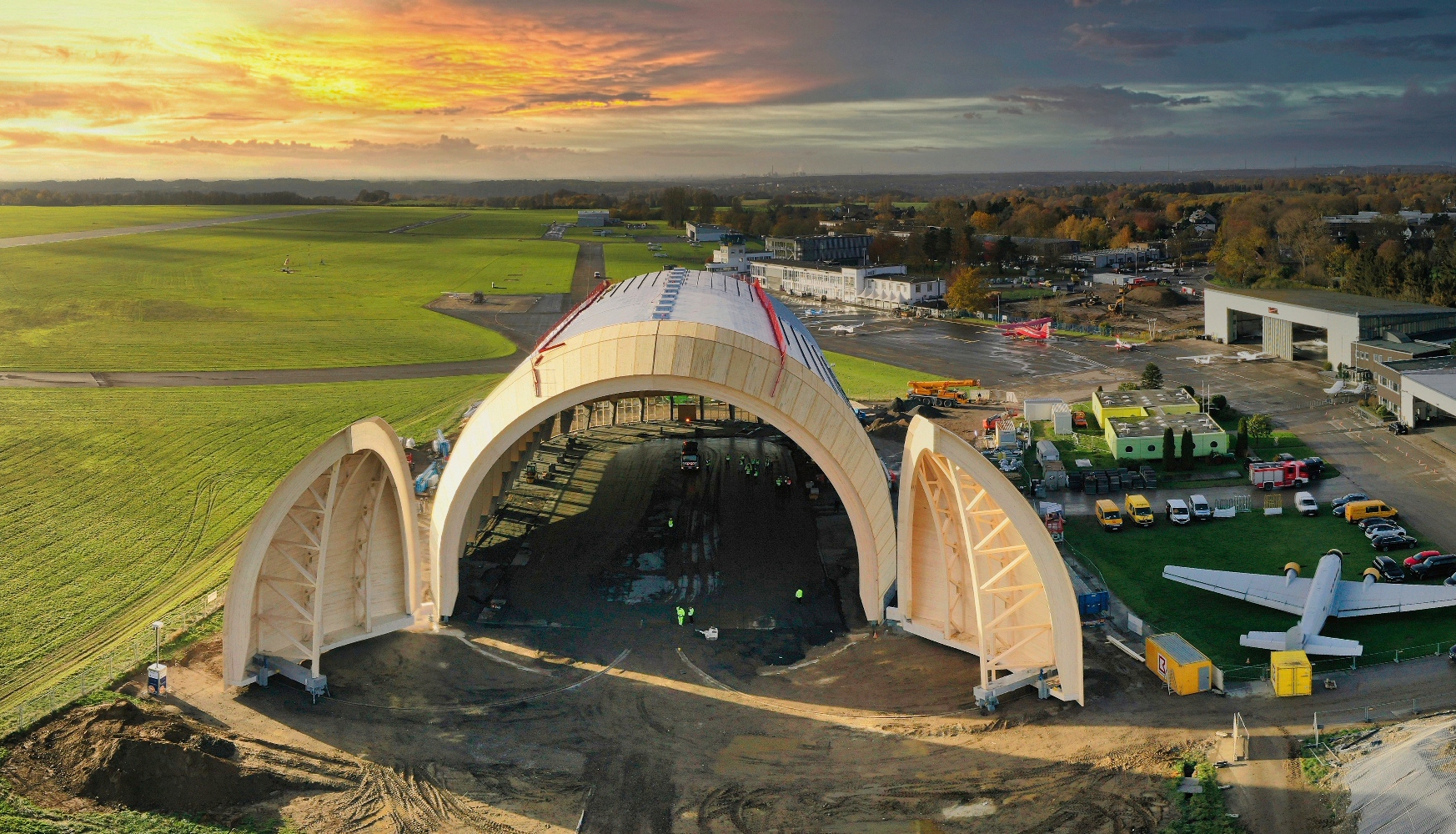 For the wooden airship hangar, which is currently being realised in Mülheim, the DERIX-Group has processed approx. 560 tonnes of timber into around 1,500 timber components made of glulam and CLT in the past few weeks, which were delivered to the construction site prefabricated and partly preassembled. Here they were assembled into an impressive supporting structure, whose truss construction measures 42 m in span and 26 m in height.

The large dimensions of the hangar not only provide a safe home for the airship “Theo”, but will also offer space for about 1,500 people in the future within the framework of events.

Particularly exciting: in order for Theo to get in and out of the hall easily, the door opening had to be sized accordingly. The two custom-made gate wings, which were installed last Friday, therefore boast a surface area of 400 m2 per wing and a dead weight of 82 tonnes each. They are opened and closed by four 80 hp electric motors.

With the assembly of this gigantic gate, the essential assembly work on the airship hangar has now been completed and Theo was already able to move into his new home last Wednesday.

Your partner for timber construction

With DERIX as a strong partner at your side, you will implement your construction projects sustainably and efficiently.

Register now and get exclusive access to extensive specialist content. Use our helpful digital service tools such as our X-LAM Designer and stay well informed with our newsletter.
register now